This bilingual poem explores the harrowing story of a boy working while in school to save his mother.

El era un werito, bien clarito
He was.
He was so light skinned
They called him Blanca Nieves

Pero his eyes were dark, and his hair was darker
He was smart and hard-working
He went as far as he could get educated
For him, that was half way through tenth grade

She begged him to go back to school
Pero él no pudo
They could barely afford her treatments with him working
Imagine if he hadn’t?

His mamá got sicker
She got thinner
She begged God to take the pain away
And then one day, she must have begged hard enough because the pain went away

Because he took late, late classes
And studied during all his lunch breaks out in the fields
He did it for his mamá
He finally did it, he finished school.

With no help from anybody
While he was stealing the job of a Gringo because they want to work in fields,
right?
He did it with no money
He did it without cheating

She just didn’t get to make it
So he did
And he hated the world, for not making her proud
Pero she was

Because when she prayed for God to take away the pain
She prayed extra hard for her son to receive the good news
Because she knew
She always knew, she always knew he would make it. 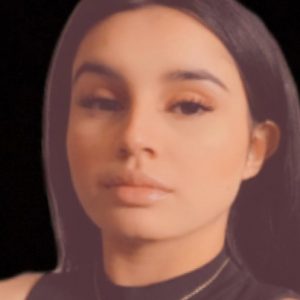 She’s interested in writing, psychology, and Brazilian Jiu Jitsu. She’s written poems ever since she was four years old, when she would sit in the kitchen while her grandmother cooked, and will probably write for the rest of her life.